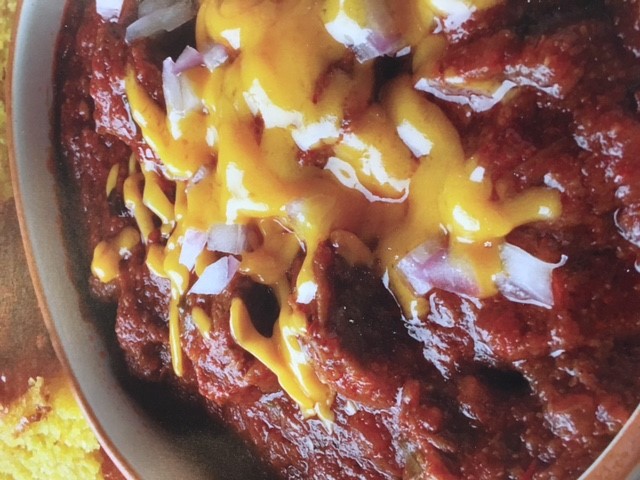 There’s something about January that screams CHILI.  I have made many chili’s in my day-some I would like to take a bath in and some just so-so.  Here we like heat, so I always make my chili spicy and it varies with each batch, since I don’t really measure anything for chili and go by eye and taste.  I will never forget the chili I made that was so hot, no one could eat it (so much for measuring by eye).  And it was a BIG batch.  I froze it and brought it out a few weeks later…and it was even hotter!  The only solution was to make another pot nearly the same size, leaving out the jalapenos and combining the two batches and it finally came down to edible.  We had enough chili for months.

I actually look on chili as a quasi-diet food.  Except for the meat-and I use ½ or all turkey-there is nothing very calorific in it and all the rest is healthy-onions, peppers, tomatoes, etc.  And it’s hardy and fills you up. It’s what people put on top that kills you-cheese, sour cream, bacon, etc.  I know, I know, it’s the toppings that MAKE the chili.  I’ll concede that but a little bit of cheese goes a long way.  And OK, I’ll confess, what makes chili a great meal for me is the cornbread that I always make with it or a basket of tortilla chips.  I’m a crunch person.

There’s was a joint-read biker bar-in Syracuse, NY where I went to school called Dinosaur Bar-b-que.  There I had my first “take a bath in it chili”.  Its food is so good that they now have 9 locations in the North East.  But before they became famous (and I became a chef), I used to eat there often in the 80’s.  This is their recipe.  John knows what “low and slo” can do for food.

I know “the best” chili is a matter of taste, but I hope you like this sweet and smoky rendition. Leave out the jalapenos if you like (or double them!), use all ground turkey, cubed chicken, venison or whatever you want for the protein.  The seasonings are so good, most people will never know what you used.

Thank you, John at Dinosaur, for this little bit of heaven. 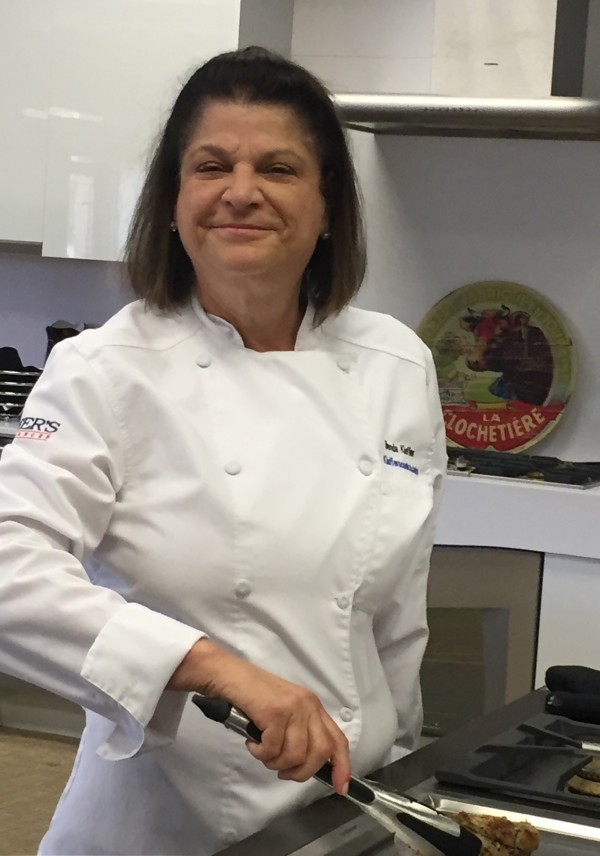